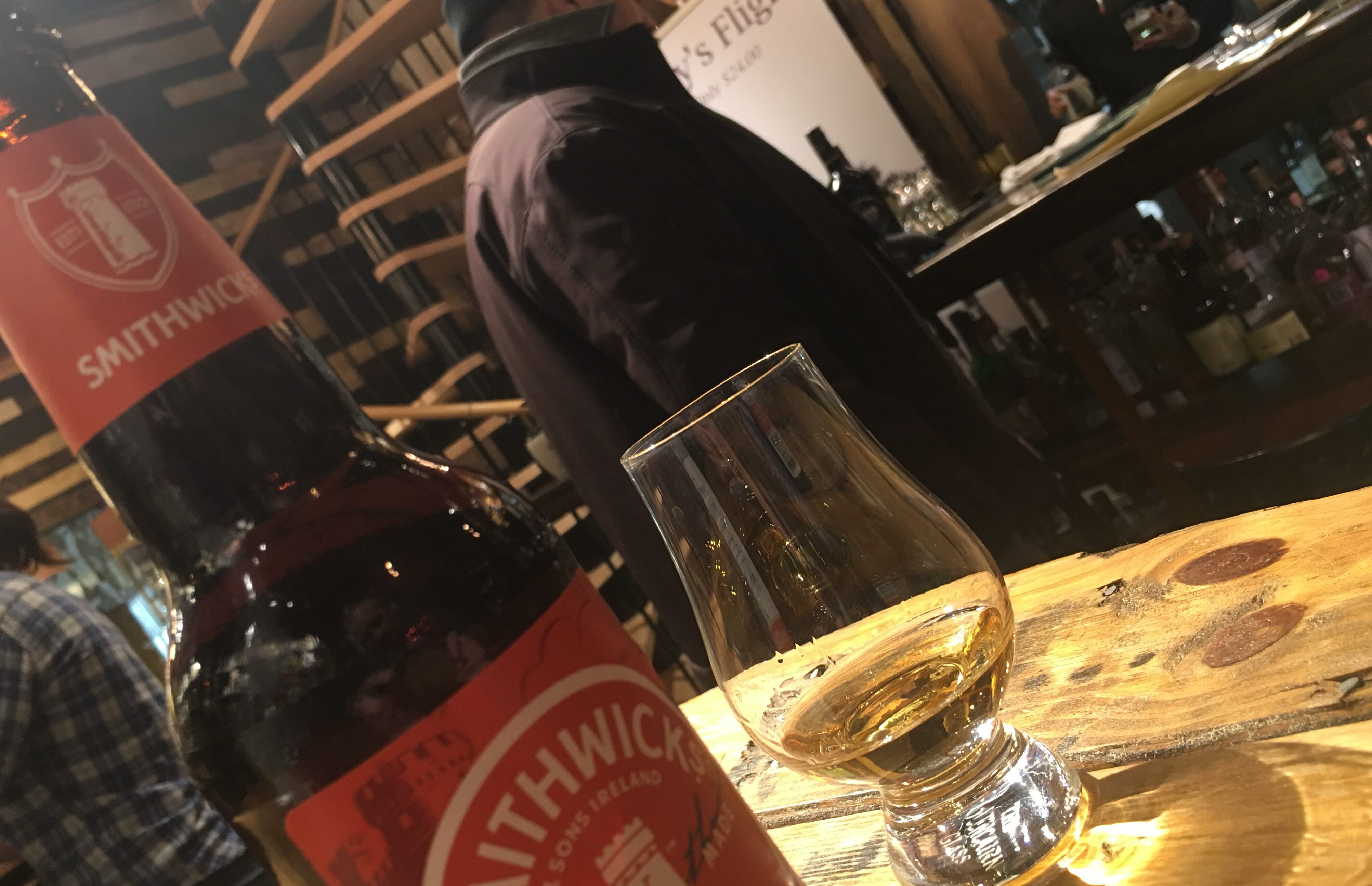 to the greatest little boozer …~ the Pogues

It’s a certain kind of scribbler who seeks to write in a bar (reading in a bar an altogether different psyche profile).

It’s not proximity to a beverage of choice, per se, though that is nice. Those who seek out bars (or their pasteurized cousins, coffee shops) to write, are blood brothers in kind to ferrel, truffle-cavagers. Sniffing out that special, boutique kind of aloneness. That solitude found only amidst cacophony. The old adage notes: to be alone, truly alone, move to a big city. Nothing like neighborly proximity to a few million of your fellow humans, stacked high-n-wide, to single one out. The anonymity can be deafening.

Let there be a chorus of conversations. Boisterous. Out of sync, yammering and exquisitely grating – akin to a Steve Reich composition (City Life, perhaps?). Pipe in music over tinny speakers – chill-hop … Hell, even classic rock – anything to calk the cracks and crevices, to halt the draft of the too-aware anima. Only amidst such settings can that kind of scribbler finally achieve focus, lose themself, find the concentrative calm perched at the eye of the social maelstrom.

Why not write at home?

Other than: a gratuitous familiarity with every contemptuous, distracting tic and creak and sigh – is it really any wonder that houses are so often anthropomorphized across the spooky genres? There’s the clear-and-present threat posed by ledgers of honey-dos magnetized to the refrigerator door … the annoying interruptive familiarity of cats seeking laps … the insistent pacing of dogs wanting out, back in, out again, back in … periodically combusting into a cardiac arresting caterwaul of barking at passing cars, at squirrels, at falling leaves, the postman in his driver-on-the-wrong-side panel truck …

Even sequestered in what we’re told is a more appropriately decibeled library carol, certain kinds of writing remains nonplused. I would go further. It is held at bay by the prevailing, sterility of cinder-block aesthetics.

Writing is work, and the work requires setting, character even. But not just any old bar will do. That goes without saying.

Bars along the ‘9 have served a host of writers well. Day window-shoppers can spot them perched behind picture glass – seated alone, a stack of books at hand. Laptops open. Wait staff, unbidden, refreshing drinks that have grown precariously shallow. No need for interruptive conversation to serve the transactional needs of this sort of liquored capitalism.

Even if the bar is one those kind of places: squirreled away, say, down an alley. Its door partially hidden, perhaps, tucked away behind a trash dumpster. Down the hill from campus, where loftier, more timeless musings can seep. Yet, not a student bar.

One must be atune to tell-tale signs: while not a priori a deal killer, televisions are to be accommodated with a certain long-suffering (we aren’t unwashed barbarians! We know there are Final 4 championships, Tour de France pelotons and Presidential debates). But the floor-to-ceiling yammer, the surveillance by the burning eye-of-Sauron is never conducive to the marshaling of thoughts, to the capturing of inspiration in the amber of written words (hell, tele’s are seldom conducive to much beyond the numbing of interpersonal communion and the dampening of most higher thinking).

Of late, I prefer the confines of a dark, shotgun joint. No nonsense. Not much room for day-trippers, or happy-hour, office socials. Regulars and townies preferred. Familiar faces. Known quantities. Perhaps a smattering of mothballed military sorts – divergent POVs, sure to those of us leaning bohemian. The state of the nation and/or just what’s to be done about it can be the stuff of lively conversation, but most thoughts kept to themselves. And yes, a little slack may be cut for the odd conversational turn if accompanied by appropriate world-weariness. Its just plain, old fashioned respect, that’s all: the kind extended to the elders of the tribe, even if we are certain they are full of it. I can’t help but muse, its a Churchillian ethos: just because one has to kill a man, doesn’t mean one has to dislike him (of course, that too, can be a two way street…)

A garrulous barkeep: lanky, tallish. I’d say graying except for the time-tonsured aryan pate. Always quick to greet any new arrival with acerbic New Jersey charm: Don’t you have someplace else you could be?! Itself, a revealing statement doubling up on its entendres. A salt of the earth kind of guy. A Rock for the Forgotten, as David Baerwald would sing.

The only thing to eat, a basket of popcorn. Three iterations of salt — a little something to keep a mouth parched and in need of liquid refreshment. Still, cheap enough to present for free. Weekly trivia nights, perhaps an expanded offering: pizza or a tray of brats. Once in a great moon, some fool gets a wild hair and stirs up a potluck – a tapas spread prepared only like a crew of weekend-iron-chefs can.

They say that Charles Dickens wrote in a bar – The Lamb and Flag just off Covent Garden (also located down an alley). The kind of place where a writer can fish the gene pools for character sketches. Where those with ears to hear can overhear the sweet, idiomatic turns of dialogue. The kind of place where those who labor are want to frequent. Where service industry staff congregates after the grease trap has been drained, the last catsup bottle topped. No $12 dollar frou-frou drinks here. No bullshit. You see, service peeps always tip, and tip well – a stark contrast from the puckered, parsimonious entitled, down from the glass and steel towers sorts — they understand the urgency of the velocity of money.

I became a rower – one of the most ballet-beautiful sports – following a evening at the Lamb and Flag.

I and Murph, had spent the better part of ’87 curating our year abroad via that indispensable travel bible: The Good Pub Guide.

The Blackfriar. The Mitre. The Marlborough Head. The train-rattled cubbies of The Hole In the Wall – tucked beneath the Victoria Station spans just across the Thames. Writing our own chapters in storied watering holes like Ye Bunch of Grapes. Commingle our voices with the crowd singing and drinking in the Olive Branch of a Saturday night. Listening to Sam and Kit, octogenarian stage hands, spin yarns of being hijacked to Ireland by Peter O’Toole of a Monday, only to be returned just before curtain. The star of the show, unbathed, knackered and barely able to stand, until the lights went down — at which point he delivered the performance of the run. There were all the after-hours rapping on the locked door of the Bee Hive. The shade of Davey’s Geordie-red hair visible, moving about inside, washing up, obscured by the frost of the windows. Hoping against hope.

Even then, some 35 years ago, I wrote in each of these establishments. Between drinks and conversations, between flirtations and pilgrimages to the juke or the loo. And so, there is no awkwardness in my laying claim to a table by a window. I’m kind of partial to this window, a window with a view to distraction. Placing my claim on a double Powers, neat. Flipping open my Mac book. Giving myself over, starting to ruminate. Perhaps, in a few, I may just think of something to write about…