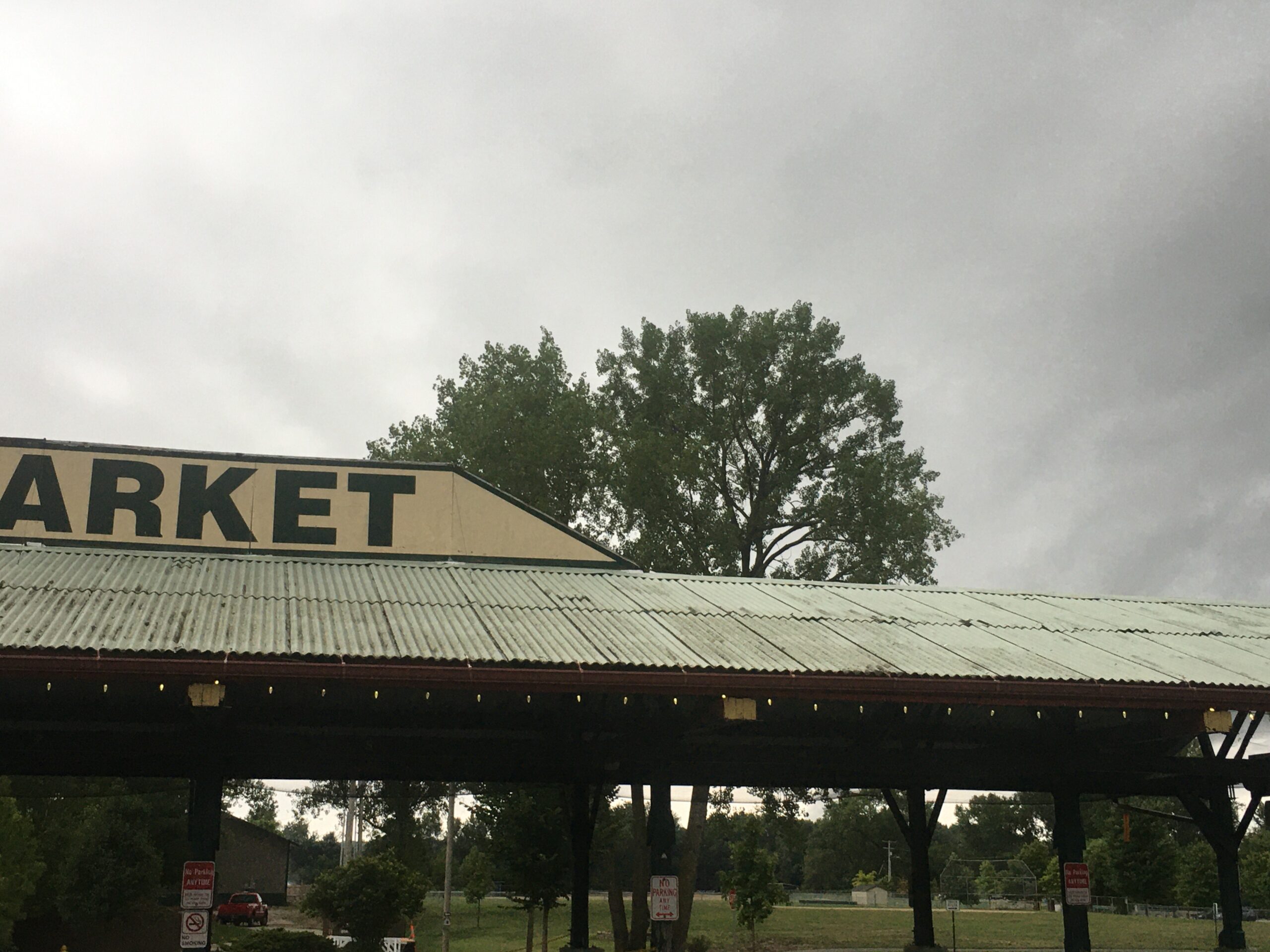 How long since I had even remotely felt like this? …since any of us felt the headroom for a really good laugh.   Hell, I can’t recall the last time I was able to muster an honest chuckle …

But here’s my guilty secret:  this morning’s outpouring of hilarity was the 3rd such in as many days.   What the hell is going on?!

There are jack-booted thugs beating and teargassing American veterans, disappearing children in pre-crime sweeps on the streets of Portland, and now Kansas City.  A resurgent pandemic fed by hubristic incompetence so unfathomable that it borders on criminal negligence.  There’s an international crime syndicate working in cahoots with a home-grown off-shoring looters dismantling any and all claim to any national exceptionalism.  And slathered all over the top of it all: an open glee in cruelty from 15% of our neighbors.

So why the sudden flare-up of laughter?  Frankly, I don’t know.  Perhaps in the penning of this, its answer may reveal itself.

I do know that in all three instances, I was mid hike along the river trails of Parkville’s English Landing.  Is there something intrinsically weight-lifting in the simple act of being out-of-doors?  Could the triggering mechanism be buried in the simple act of physically taxing one’s temple?    Oh great, am I a dopamine junky?!

Across these plague months, the cornerstones of my mental health have revealed themselves to be:  cooking, podcasts and hiking.

I love that I can double-dip from my trinity, while hiking — physical exertion AND a wide watershed of input: brain nourishment and escape via a variety of podcasts.  I suppose, if I brought along a sandwich, I could make it a hat trick.

Recently, at the recommendation of a friend, I gave a listen to Backlisted, a British podcast on books whose subtitle sums up its mote just perfectly: giving new life to old books.  A monger of used books, myself, I particularly love the freedom from the tyranny of the ‘new release.”  Backlisted not only waters my snark-heavy anglophilia, an anglophilia that revels in Monte Python, Douglas Adams, the Goonies, PG Wodehouse, Evelyn Waugh, Julian Fellows, etc.  Hosts John Mitchinson and Andy Miller deliver a splendid eruditia sans pedantry.  It’s a simple, honest reveling in knowing shit.  I once attended a lecture by Canadian sci-fi author, Margaret Attwood (The Handaid’s Tale) gloriously titled: Where we came from; where we’re going, and Zombies.  She can do it too.

Having listened to the recommended episode (a delightfully poignant treatment of a poem and its poet), in my usual manner, I gave myself over to bing-listen the entire oeuvre.   The laughs engendered as a result have been frequent and deeply satisfying.  To the bookish and in need of a laugh, I recommend that you check out Backlisted.

That noted, the most recent bout of merriment, while of a shared local, was born of a different soil altogether.

Once a week, I meet up with a friend for a walk.  On the mend from a heart attack, he’s doing his damnedest to eat better and engage in doc-recommended exercise.  A chef, we often dither on and on about food and cooking and eating and most things pertaining to gastronomy and the table.

Today, in hopes of avoiding the mid-day brunt of July temps, we’d planned to meet at the river at an early 7:30am.

I left the house, the world still wet from overnight showers.   As is his want, my friend was late.  Used to Wu-time, I’d already planned for a pre-amble (yes, yes, pun intended).  A fan of weather, I was pleased that the skies were bruised and roiling and looking like a proper brouhaha in the offing.

The call came 3/4-of-a-mile in, interrupting my morning listen to The Economist podcast.

“I’m running a few mins late,” he said, like it was an anomaly.

“Yep,” I noted (I could hear that he was driving, so I had a rough idea of his ETA).

“Have you seen the sky?” he asked.

Knowing how to get his goat, I again offered a second, truncated, “Yep.”

“Well…” there was a pregnant pause, “Looks like it could rain. Sure you wanna do this?”

“Yep,” I allowed before clicking off and resuming my podcast.

As I returned to the Pavillion, he was standing beside his car.  Glancing at his watch as if to pass on responsibility, “Where have you been.”

The sky was growning more ashen.

Again he offered, “You know we’re probably going to get wet?”

I denied him his easy out, “You’ll be alright; you ain’t made of cotton candy and you won’t melt.”

With a nod, we struck off across the lot toward the accustomed trail loop.  A few, big drops hit before we had crossed the Rush Creek span.  As we headed west, a scattered, second flurry tossed up mini poofs of dust from the path.

The big loop is a 1.7-mile teardrop.  Its first leg, lined with Mulberry trees, hugs the river.   This last week, the river has been alive with activity:  an ongoing dredge operation parked mid-current.  A steady stream of sand-laden barges to and from. Other barge traffic elbowing past up close to the bank, driven by churning tugboats.  On Sunday, there was a flotilla of green kayaks.  Several launches, captained by retirees, their wives and grown kids, perhaps an old military buddy in town for a visit, launching from the boat ramp to slowly fish the muddy upstream towards Farley.

This morning, nada.  The river was quiet, except for the beginnings of white caps beneath the agitated sky.

As is usual, we were off in conversation:  the pending acquisition of a new dog today’s predominate theme.

As we reached the first turn, I suggested that perhaps we could now turn back.  It’d still be a decent, though circumspect, outing.  But earlier chiding re rain and cotton candy had set his resolve, and the suggestion gave rise to emphatic protestations. We kept on.

Half way across the far reach of the trail, there is a gap spreading amidst the 100-foot tall cottonwoods that hug the slough winding down from the limestone hills.  Through this gap, there is a view of a vast, beautiful, tassle-topped field of corn, already blonding toward harvest.  Beyond that, one has a clear view of the bluffs that run the length of River Road heading west and north for twenty miles.

It just so happened that, at that moment, the vista gave clear view of one additional thing:  a line of slate-grey clouds, the vanguard of an advancing front.  Beneath it’s brooding enmity, a sheet of falling rain.  Power-walking right at us, it swallowed each new fold of hill it passed.

The words, “Oh shit!” had barely escaped my lips before an updraft of wind commenced to rock the cottonwoods. Ripping free leaves leaves with glee the gusts pelted them down at us.  Fifty yards on, came a splatter of big, juicy drops.  Another fifty, the rain commenced in earnest.  There was nothing for it.  We were exactly half way through the bend.  And so, we kept on.

My buddy began in with a stream of invective.  Drenched, we were getting pummeled.  He railed against the old gods, against NOAA weather-casters, against the very idea of walks in general.  The state of my mental health came up.  An offhand comment by me about having seen a snake on the trail, led to new, wide-ranging remonstrances of a zoological tone: flora and fauna and increasing bouts of heavy weather due to the vicissitudes of unfolding climate change.  Equatorial threats of anacondas and schools of piranha and roaming packs of wild boars came into it, as did a full catalogue of suspected tropical pestilence.

The chat of the trail turned milky.  We were forced to circumvent where possible, and ford when necessary, a myriad of puddles.  Our shoes began to squelch and squish.  Across our soggy progress, the verbal tirade continued.  It was as if the two grumpy old men, Mattheau and Lemmon, had made a road movie across Bangladesh during monsoon season.

And then came the laughter. I was, walking and sloshing and laughing like I haven’t in months.  After a while, RB began to laugh too.

Eventually, we left the trail behind. We crossed the parking lot and rail tracks, and climbed the hill into town. Stepping beneath the tent at Parkville Coffee and out of the rain, we placed an order for two hot cups of coffee. It was then, that we came to the realization that neither of us had any money in our pockets.  With a murderous look, my buddy stepped back out into the downpour to make his way two blocks back to his car where our wallets rested dryly in the console.

Later, seated on a bench, we sipped at our coffees.  It was still pouring rain. The overhang above us doing squat-little to turn aside the pummeling drops.  What the hell.  It didn’t matter.  At our feet, a runoff tributary flowed down Main Street and into the storm drain with the clatter of a small waterfall.  It could have been a scene from Year of Living Dangerously.  The sound was cathartic.

It was a rare moment.  All I can say, is I hope you get caught in a downpour a mile and a half from your car.  It is good for a laugh, and good for the soul.